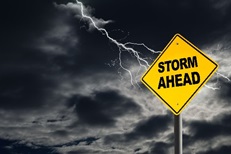 Blended families require special planning. Communication of those plans is key to keep frictions to a minimum. This story examines the controversy in the family of sports reporter Craig Sager, who died in December 2016. Sager Family Shows Perils of Blended Families … END_OF_DOCUMENT_TOKEN_TO_BE_REPLACED

When the Godfather of Soul died in 2006, he left behind a considerable estate as well as a fairly well written estate plan. Despite that, his estate was tied up in a nasty estate battle for the past six years until the South Carolina Supreme Court finally settled all the issues recently. His estate battle is an excellent example of why it is so important to review and revise an estate plan when important life events dictate those revisions. Much of the problem with Brown’s estate stemmed from … END_OF_DOCUMENT_TOKEN_TO_BE_REPLACED

Best known for his role as George Jefferson from “All in the Family” and later on “The Jeffersons,” Sherman Hemsley, the “movin’ on up” actor,  apparently cannot move on up until a court decides whether the Last Will and Testament presented to the court was really signed by him. Despite purportedly executing a Will, he remains on ice while a court decides whether the Will is genuine. Hemsley died on July 24th and a Last Will and Testament was presented to the appropriate court shortly after his … END_OF_DOCUMENT_TOKEN_TO_BE_REPLACED

When you die, certain individuals may have the legal right to contest your Last Will and Testament. A Will contest must be based on allegations that the Will itself is invalid. Using a “do-it-yourself” Will form found in the internet or at a local stationary store increases the likelihood of a Will contest being filed after your death simply because those forms are frequently not executed properly according to state law or are otherwise deficient based on the laws in the state where you live. If … END_OF_DOCUMENT_TOKEN_TO_BE_REPLACED

Your Last Will and Testament is intended to be a roadmap for how you wish your assets to be handled upon your death. Unfortunately, in some cases not everyone is happy with the terms of a will. When a family member or loved one is unhappy with the outcome of a will, a will contest often ensues. If you anticipate that a will contest may be filed by someone upon your death, or simply want to prepare for the possibility, then being proactive at the time you execute your will may prevent the will … END_OF_DOCUMENT_TOKEN_TO_BE_REPLACED