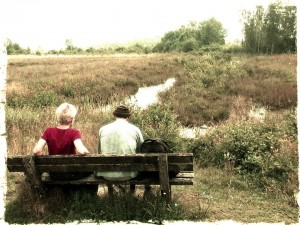 A Missouri couple was recently convicted of several counts of Medicaid fraud and related criminal offenses. Sadly, the story behind the convictions is a perfect example of elder financial exploitation. Preying on one elderly individual, however, wasn’t enough for the couple. As the story explains, the couple abused their position of trust as the owners of a long-term care facility which allowed them to engage in long-term Medicaid fraud. Unfortunately, the government is only able to identify and prosecute a relatively small number of Medicaid fraud cases each year because the resources are simply not available to micro manage the system. Obtaining a conviction for financial exploitation of a senior is also challenging for a number of reasons. The recently convicted defendants, however, made the mistake of flaunting their crimes which eventually led to their arrest and conviction.

According to a recent news story, 52 year old Christina Halter, and her 56 year old husband, Donald Halter, co-owned a residential care facility in Park Hills, Missouri. As is often the case, the couple were appointed as the Trustees for a mentally disabled veteran who resided at their facility. The Trustee of a trust is a fiduciary role, meaning that the Trustee is legally required to be more careful with the trust assets than they would be with their own assets. Furthermore, a Trustee is legally required to use the trust assets for the benefits of the beneficiary of the trust and always make decisions based on what is in the best interest of the beneficiary. The Halters clearly abused their role as Trustees. In that role, they were supposed to deposit a $209,000 disability payment the veteran resident received from the United States Department of Veterans Affairs into a resident trust account for the veteran’s benefit. Instead, the Halters deposited the check into their own business account and then went on a spending spree.

In less than sixty days, the Halter’s spent all of the veteran’s money. Court documents show that, among other unauthorized purchases, the couple bought three cars for themselves and their family. By the time they were stopped, the Halter’s had already financially exploited the veteran out of $115,000. That is not the end of the story though.

In addition to exploiting their role as Trustees of the resident’s trust, the Halter’s also submitted over 1,000 false claims for nursing services to Medicaid. The claims were for services that were not provided to the residents of their facility. Collectively, the claims amounted to a windfall of over $28,000.00 for the Halters for services they never provided. Not surprisingly, the couple also failed to file an income tax return, failed to pay their income tax liability, and attempted to evade income tax liability for tax year 2012.

“Criminal actions like those of the Halter’s will not be tolerated in Missouri,” Attorney General Joshua Hawley said. “Furthermore, let this verdict signify to anyone trying to take advantage of our most vulnerable citizens that this behavior will not stand.”

Sadly, stories of financial exploitation of the elderly, particularly of those in long-term care facilities, are far from uncommon. Unscrupulous individuals target elderly victims who appear to be vulnerable and unlikely to complain. If you are the loved one of an elderly individual who is in a LTC facility, or who lives alone in the community, stay alert and on guard for the possibility that someone may try to exploit your loved one.

If you have additional questions or concerns about financial exploitation of the elderly, contact the experienced Missouri elder law attorneys at Amen, Gantner & Capriano, Your Estate Matters, LLC by calling (314) 966-8077 to schedule an appointment.