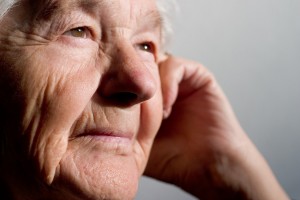 In the last several decades, the prevalence of Alzheimer’s disease in the United States has increased dramatically. If you are nearing retirement age, or older, it is certainly understandable if you are concerned about the likelihood that you will develop the disease. If your memory isn’t what it used to be, you may be worried that you already exhibiting early stage symptoms of the disease. Memory loss, however, is also something that occurs as a result of the natural aging process. How can you tell the difference? Only a licensed physician can diagnose Alzheimer’s disease – or tell you that you don’t have the disease – but the St. Louis elder law attorneys at Amen, Gantner & Capriano, Your Estate Matters, LLC may be able to help you decide if it’s time to talk to your physician.

What Is Alzheimer’s Disease?

Contrary to what most people think, Alzheimer’s is not just a condition that affects your memory as you age. Unfortunately, it is more complicated than that. According to the Alzheimer’s Foundation of America (AFA), Alzheimer’s disease is a progressive, degenerative disorder that attacks the brain’s nerve cells, or neurons, resulting in loss of memory, deterioration of thinking and language skills, and behavioral changes. These neurons, which produce the brain chemical, or neurotransmitter, acetylcholine, break connections with other nerve cells and ultimately die. For example, short-term memory fails when Alzheimer’s disease first destroys nerve cells in the hippocampus, and language skills and judgment decline when neurons die in the cerebral cortex. Unlike many other diseases, such as AIDS, experts do not believe Alzheimer’s has a single cause. Instead, they believe the disease is multi-faceted with a number of factors influencing the development of the disease. Scientists are currently focusing on amyloid and tau proteins, whose malformation are classic characteristics of Alzheimer’s disease; however, other factors likely help determine who develops the disease, including vascular health, inflammation, lifestyle, and possibly even viral causes.

According to the Alzheimer’s Association, the following signs may be signs that indicate you are developing Alzheimer’s disease. If you have any of the signs, make an appointment to discuss your concerns and worries with your regular physician right away.

If you have additional questions or concerns about elder law issues or concerns, contact the experienced St. Louis elder law attorneys at Amen, Gantner & Capriano, Your Estate Matters, LLC by calling (314) 966-8077 to schedule an appointment.