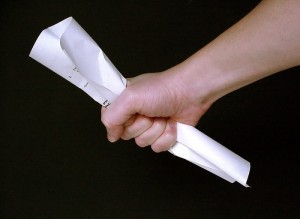 Probate is the legal process that typically follows the death of an individual. During probate, the decedent’s Last Will and Testament is submitted to the court for probate, assuming one was executed by the decedent. The decedent’s Will determines, to varying extents, what happens to the decedent’s estate assets during probate. If, however, a beneficiary or heir believes the Will submitted to the court is not valid, a Will content may be filed. If you are considering filing a Will contest in the State of Missouri you should consult with an experienced Missouri estate planning attorney before moving forward; however, you should also have a basic understanding of the steps involved in contesting a Will in Missouri so you know what is required and what you are getting into if you choose to contest the Will submitted to probate.

Who Can File a Will Contest in Missouri?

In order to contest a Will in Missouri you must be considered an “interested” person. An “interested” person is someone who stands to benefit if the challenge is successful, someone with a stake in the outcome. Generally, this includes legal heirs of the estate and current or potentially former beneficiaries under the Will or under a previous version of the Will.

When and How Must a Will Contest Be Filed?

What Grounds May Be Used to Contest a Will?

Contrary to what many people believe, an heir or beneficiary cannot contest a Will simply because he or she is unhappy with the gift received (or lack of gift) under the terms of the Will submitted to probate. When a Will is contested, the contestant is alleging that the Will submitted is not valid. Therefore, the contestant must allege grounds on which the Will could be invalidated. In Missouri, those grounds include:

What Happens If the Will Contest Is Successful?

If the Will contest is successful, the Will submitted to probate is declared invalid. The court may then consider other Wills submitted for probate. If no valid Will is submitted, the decedent’s estate will be distributed using the Missouri intestate succession laws.

If you have additional questions or concerns about contesting a Will in the State of Missouri, or how to prevent a Will contest, contact the experienced Missouri estate planning attorneys at Amen, Gantner & Capriano, Your Estate Matters, LLC by calling (314) 966-8077 to schedule an appointment.