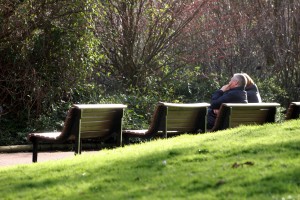 In the United States is seems as though just about everything is taxed. Of course, tax revenue provides funding for all aspects of your life in the U.S., including schools, police and fire departments, infrastructure, and other government services. The financial responsibility for those services may fall with the federal government, state government, or even local government. Consequently, you may be taxed by the federal, state, or local government. Sales tax is one of the primary methods by which state governments raise money. As a result, whether or not you pay sales tax, and the amount you pay if it does apply, varies by state. Consumers in the State of Missouri do currently pay sales tax on the purchase of goods; however, services have heretofore not been subject to taxation. If the Missourians for Fair Taxation have their way, consumers will never need to worry about paying a tax on services, a change that would impact seniors living on a fixed income particularly hard.

According to news reports, the Missourians for Fair Taxation (MFT), grassroots organization led by 20,000 members of the Missouri Association of Realtors, is proposing a state Constitutional amendment prohibiting the taxation of services in the state. Although services have never been taxed in Missouri, proposals have been submitted in the past that would change the state’s sales tax laws to include taxation of services. The MFT hopes to launch what amounts to a preemptive strike with the proposed Constitutional amendment. The amendment, currently referred to as the “STOP Sales Taxes on Services amendment” will be on the November 2016 ballot.

Taxing services, such as manicures, plumbers, rent, and even legal services, would have a negative impact on a significant portion of the state’s residents, according to the MFT. Seniors, however, would be hit the hardest as most of them are already trying to stretch a fixed monthly income as far as possible. Because states set their own sales tax rates, rates vary from around two percent up to seven percent. Missouri’s sales tax rate is currently set at 4.225 percent. To see how a tax on service might impact seniors, let’s imagine that Bob and Sally, both age 70, are a married couple struggling to live on a fixed income of $4,000 per month. Bob and Sally currently spend about half of their monthly income on things that would be classified as “services.” If those services were to be taxed at Missouri’s current sales tax rate, Bob and Sally would spend an additional $84.50 each month – money the couple cannot afford to spend.

Along with concerns that a tax on services would hurt seniors, and other low income residents who are already struggling to get by with limited income, the WFT is also concerned that the tax would result in many Missouri residents who live close to neighboring states without a tax on services to simply tax their business across the state line, ultimately harming Missouri’s economy.

Many people see a dramatic decrease in active income after they reach retirement age. As a result, they typically owe much less, if anything at all, in state and federal income taxes each year. While this is certainly fortunate, don’t forget that your estate may be subject to taxation after your death if you are a senior. The federal government imposes a gift and estate tax at the staggering rate of 40 percent on estates valued over the lifetime exemption amount which is set at $5 million (adjusted annually for inflation). Naturally, you don’t want to see 40 percent of the assets you worked all your life to amass disappear after your death nor do you want those assets taken away from your loved ones. The key is comprehensive estate planning that includes tax avoidance strategies. If you are concerned that your estate could potentially be subject to federal (or state) gift and estate tax you need to start working with an experienced Missouri estate planning attorney early on to prevent the loss of valuable assets after your death.

If you have additional questions or concerns about tax avoidance estate planning strategies for seniors, contact the experienced Missouri estate planning attorneys at Amen, Gantner & Capriano, Your Estate Matters, LLC by calling (314) 966-8077 to schedule an appointment.